A few of the Odonto Core Team and friends got together this weekend to spend some time understanding what openEHR can do for the Odonto project and why open data models are important. We were lucky enough to have the use of a small cottage on the Northumberland coast for the weekend, courtesy of openOdonto CIC’s Independent Chair, Prof Jimmy Steele.

##Open Data Models
By building an open data model and sharing it, Odonto’s data model can be reviewed by a wide range of clinicians and improved over time to ensure it captures ‘use-cases’ across health and care, relevant to dentistry.

‘Use-cases’ are ‘the stuff you need, in your system, to allow you to do your job’. For dentistry, there is little pre-existing public or open work in this area, so a lot of what we have been doing this weekend, is researching what is needed, and building data models that represent this. We initially modelled things on paper, before progressing to Xmind mind mapping, and then to archetype development in the openEHR platform.

Data modelling in the openEHR standard allows us to share any models we make with the international openEHR community (to get feedback and build consensus), but perhaps just as excitingly it allows us to use pre-existing peer-reviewed data model components from the rest of the openEHR world in our project, which speeds up our development process.

Our data modelling and archetypes are in our GitHub repository GitHub - odonto/datamodel: openEHR archetypes and templates for the Odonto open source community dentistry system

As users, we also spent some time researching the wider feature set that a community dentistry platform would need, and grouped these features with other similar features. This was to help us understand the scope of what a platform for community dentistry would include, and also to help us find the most important priorities to work on.

##‘Social Collaborative Data Modelling’
This was the first time any of us had tried this form of ‘Social Collaborative Clinical Data Modelling’ - learning, discussion, and progress on the Odonto project - combined with a weekend spent together socially, as the Odonto team. This kind of weekend is heavily influenced by NHS Hack Day and the hackday/maker movement in general, the social environment helps people to feel at ease, to learn and teach ‘peer-to-peer’.

Over the course of the weekend, we made great progress data modelling, but more importantly we’ve built a much stronger and more confident team. We’re planning another similar later in the year, but we’ve got plenty to do between now and then.

Great stuf!! Keep up the good work. Reminds me that we need to put some
effort into OpenCancer modelling!! Can’t be overtaken by our dental
colleagues!

That is great work in such a short space of time Becky, and I completely agree with your approach. OpenCancer has been a slower burn for sure.

Coincidentally our main mindmaps went up on GitHub last night: 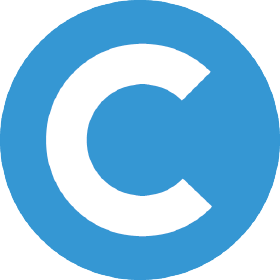 A modern open approach to cancer data management. OpenCancer has one repository available. Follow their code on GitHub.

Sorry, it looks like we have totally hijacked your thread here with our cancer talk! It is really nice to see other groups make such great progress. We hope we can emulate your success!

Thanks @navin1976 and @wongwaikeong for your words of encouragement & sharing a link to your mind maps for opencancer.

It’s good to know there are other clinicians going though the same process.

Some of this is a repetition of Becky Wassall’s post above, but I started writing it before that was posted so here goes anyway!

A group of motivated and concerned dentists and others spent the weekend in a lovely cottage on the Northumberland coast ( generously provided by Prof. Jimmy Steele) to take the development of Odonto forward.

Expectation:
At the start of the weekend I hoped that we would make steps towards bringing together the work previously carried out in the various workshops and events which had taken place to understand and document the problems faced by Community Dentists in terms of the support or otherwise they received from their various systems, some of which were computer related and some of which were organisational.

Objective:
The objective of the weekend was to come up with the first cut of a data model to support the chairside / clinical aspects of Odonto.

Approach:
It was clear from the outset that we would need a set of tools to help us get from the knowledge we had available to the information being captured in a tool set which would make that knowledge useful and shareable. We chose to use OpenEHR as the tool to document the data modelling, which will, if we choose, also enable a rapid implementation of a technical solution capturing what we came up with which supports our goals of creating everything in an open, shareable and where possible standard way,

We also used a mind mapping tool to brainstorm the various domains of data we wanted to model, subsequently converting these to OpenEHR archetypes. The process of brainstorming was fascinating, involving the use of textbooks, experience and a highly iterative approach: as we worked through the various subject areas, it became clearer where, in the evolving model, various data items lived and what we meant by the terms in the context of the data model rather than a broader sense. This was familiar to me with a lot of a data modelling experience, but it was also a great lesson in understanding how developing a data model requires rigorous use of terminology. Many discussions were had which, in a nutshell, boiled down to questions like ‘When is a tooth not a tooth?’ and similar apparently straightforward issues. (As it happens we decided a tooth could be present, absent, replaced or neo-natal, but that was as the result of a number of discussions)

Another learning experience was to identify which characteristics should be inherent to the data model and which should be supported by the business logic of whatever functionality made use of the data model. Not being an expert in the subject area I couldn’t make sensible suggestions on this matter, but the e.g. discussions around whether the categorisations of the relevant values of rotation or inclination of a tooth (which are different for molars and incisors for example) should be supported at the data level or the functional layer were interesting. In the end, we elected for a tendency towards supporting these in the functional layer (which ensures that the data layer stays as flexible as possible) but I have a suspicion that this may evolve.

Outcome:
The main Outcomes of the weekend were:
A number of archetypes in OpenEHR format published on GitHub.
A number of mindmaps which were the initial starting point for the archetypes.
An excellent social weekend, which has strengthened the team behind Odonto.

Kudos to:
Becky Wassall, for being amazing and having the drive and desire to make things better for Community Dentistry patients.
Professor Jimmy Steele for providing the location.
Hannah Thorpe and Kara Scally for bringing their domain expertise.
Lucille Valentine for being able to hold all the discussions she has had in the past and bring them to bear on the work in hand.
Marcus Baw, for an extraordinary blend of medical and technical skills which allowed the translation of mindmaps to OpenEHR archetypes.
Dr Ian McNicoll for providing real time advice in the creation of OpenEHR products.
Apperta [http://apperta.org/] (http://apperta.org/)for buying us a lovely dinner on Saturday.

Take aways:
If you want to use the same technique to build an open source health care system to help patients you could do worse than to:

Build a team of supporters (who are prepared to provide time) with domain knowledge.
Secure funding for those people: it is unlikely that anything sustainable can be built on volunteers.
Understand your problem space.
Do not ‘rush to code’.
As far as possible collocate the team or at least arrange regular gatherings, ideally with a strong social element: it is important that the team feels comfortable to challenge each other and ask questions.
Use tools which aid the journey from clinician knowledge to technically implementable solutions (we have used xmind and OpenEHR).

That is as far as we have got so far, but I also think it is important to:
Avoid committing to a single technology (e.g. development company, platform provider, database etc.) unless and until you are clear that the restrictions provided by these choices will be an acceptable compromise.
Research what else is out there and what could be used without compromising fundamental goals.

Although the comments above regarding how much was done in a short time are appreciated it is important not to underestimate the work which went into getting to the point where the snowball gathered legs if that is not mixing too many metaphors.

As a Senior Dental Officer and complete newby to the world of dental tech, involvement in OpenOdonto has been an eye opener. It isn’t just having the opportunity to do something other than filling teeth that is refreshing; engagement with people so utterly determined to make a positive change to the world of community dentistry is invigorating and reassuring.

As community dentistry has become better defined, so its clinicians have found a voice and are no longer reconciled to being the poor relation, especially in terms of tech provision.

Time to reflect at length on how and why we do what we do is a luxury afforded to precious few clinicians but the benefits of doing so have become startlingly clear throughout the process: without breathing space to put one’s clinical practice under the microscope, the “daily grind” also becomes your horizon.

The process of sitting around a table with other clinicians and “just talking” about the day job was foreign. Thanks to @lucille.valentine’s gentle but no-stone-left-unturned interview technique, we collated a mindboggling array of clinical and data collection forms, discussed “what works”, “what doesn’t”, what the problems and successes are. The variations in working practices between clinicians representing the trusts involved in Phase 1 were often considerable and sometimes surprising but many of the values, visions and frustrations were shared by the group. The drive to make things better for vulnerable patients (and, similarly, for the teams who treat them) was palpable.

The OpenOdonto Hack weekend in a rather lovely holiday cottage on the fabulous Northumberland coast (kindly donated by Professor Jimmy Steele) gave the core team chance to get to grips with paper mind mapping, digital mind mapping and archetyping (I didn’t even know what these things were a few months back!). We discussed the benefits of collaborative working via use of OpenEHR. Seeing it in action was a lightbulb moment for me.

For me personally, my role within the team came into focus this weekend; I’m not a specialist, nor a consultant but I have been at the coal face of community dentistry for nearly 16 years and it appears that I have learnt something along the way that I can offer up to, and for, the good of others! I understand my patients’ dental needs and I know what resources I need to meet them.

Seeing other teams busy working away in the open community on openhealthhub is reassuring and encouraging; to the best of our knowledge this is a new thing for teeth so hands to hold are always appreciated!

Of course, despite a lot of hard work (@beckywassall cracked the whip!), there was also time for fun: breezy walks on the beach, a (rather complex) game of charades, a “Spotify-off”, a lot of laughter and a good meal at a cosy coastal pub.